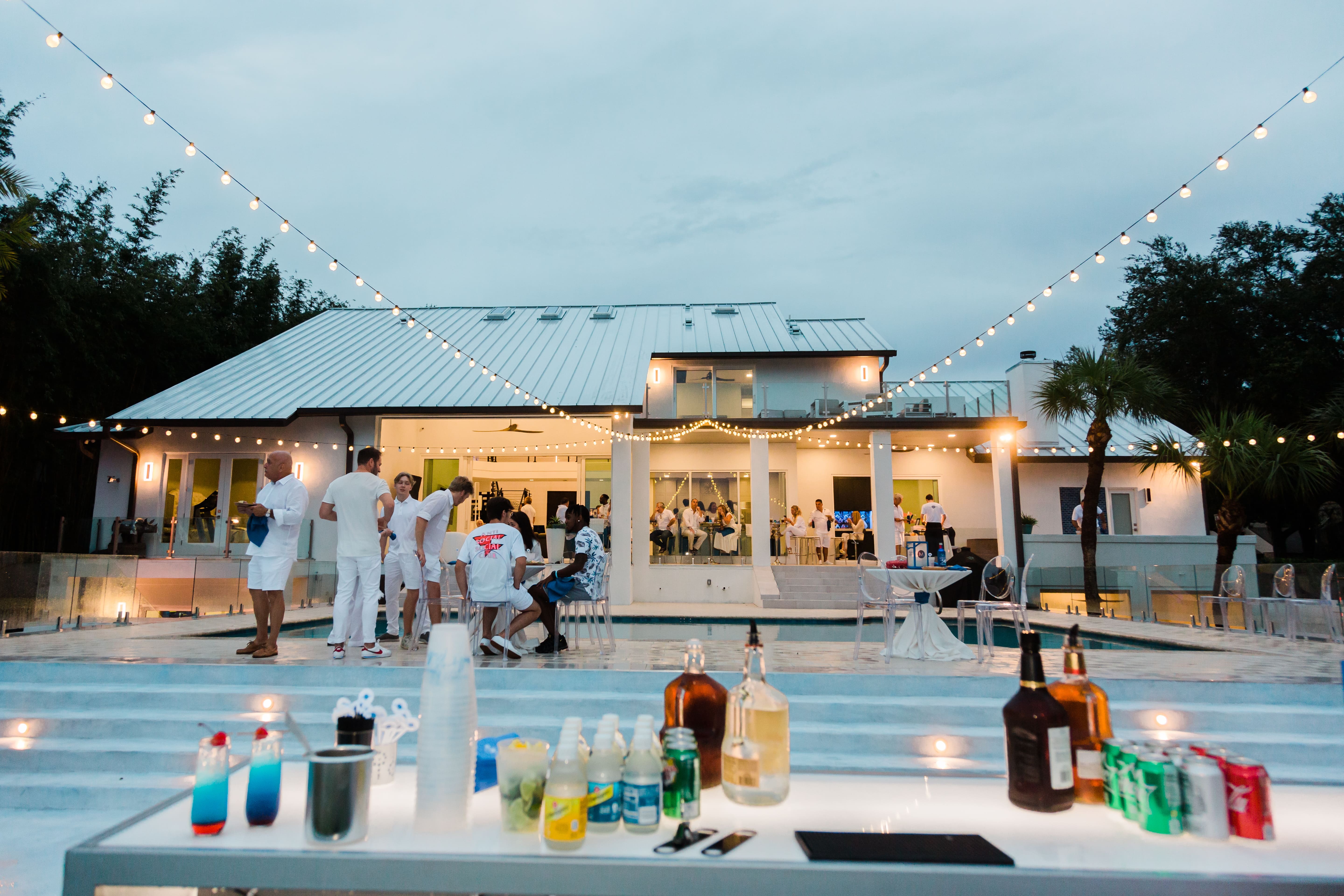 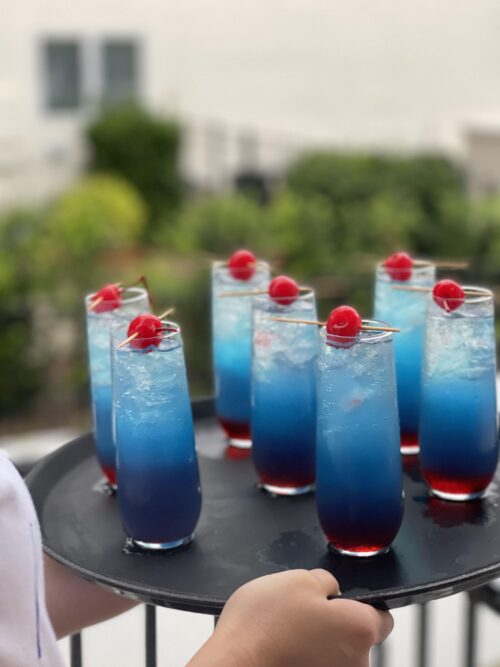 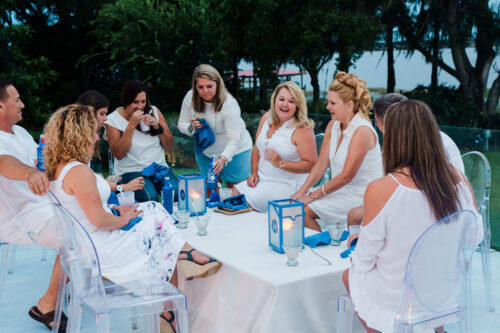 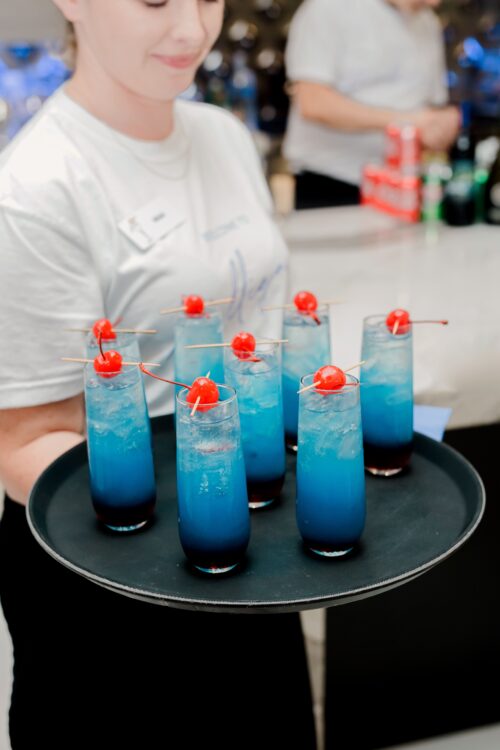 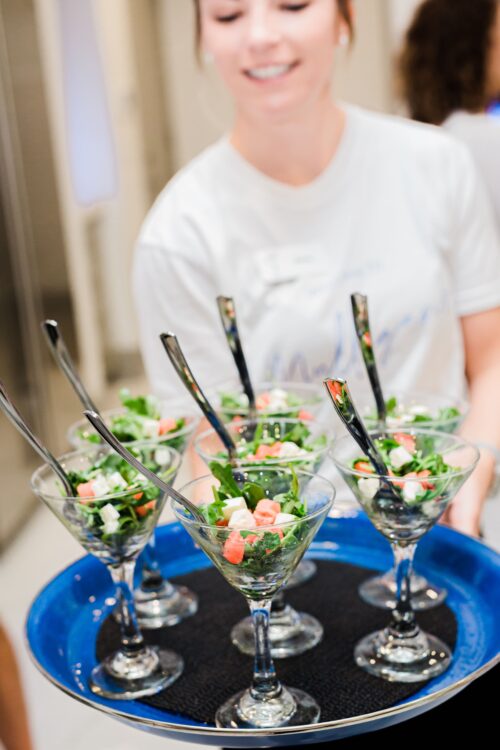 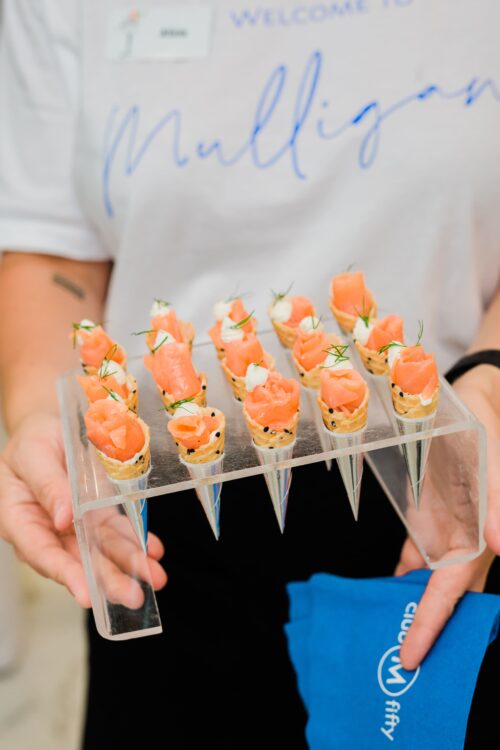 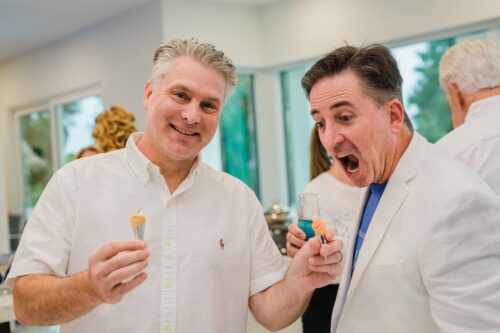 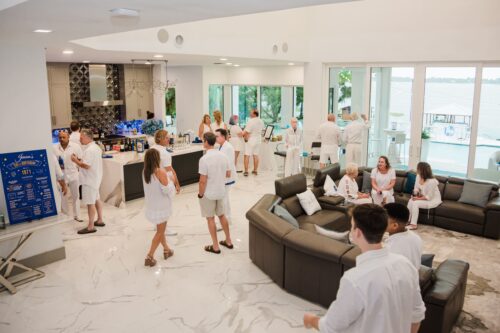 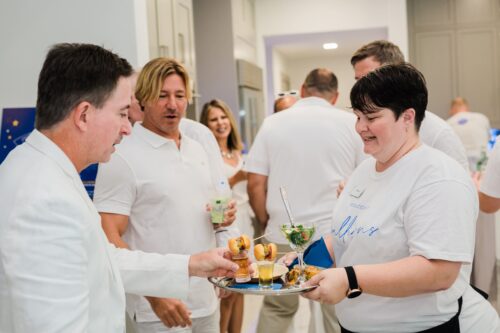 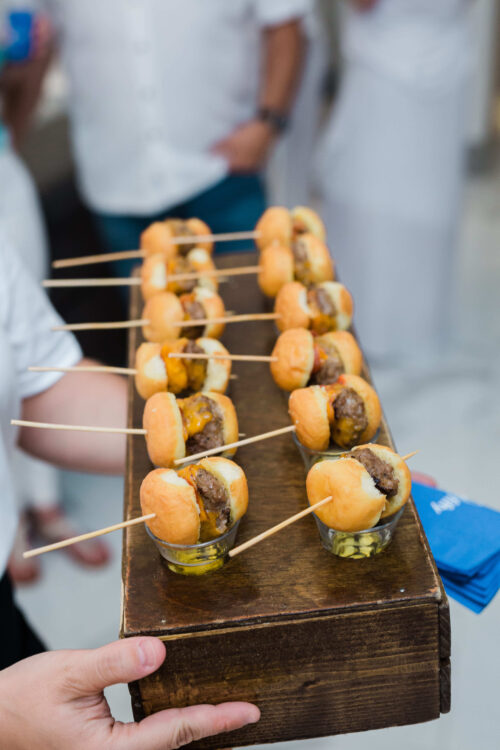 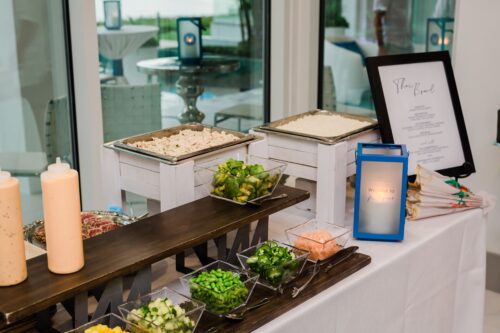 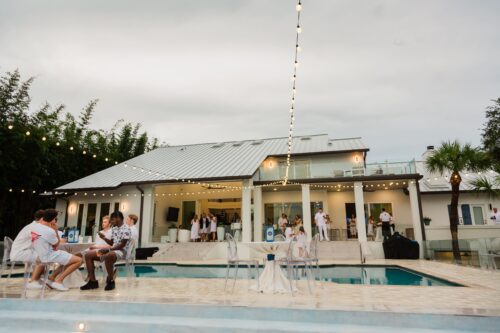 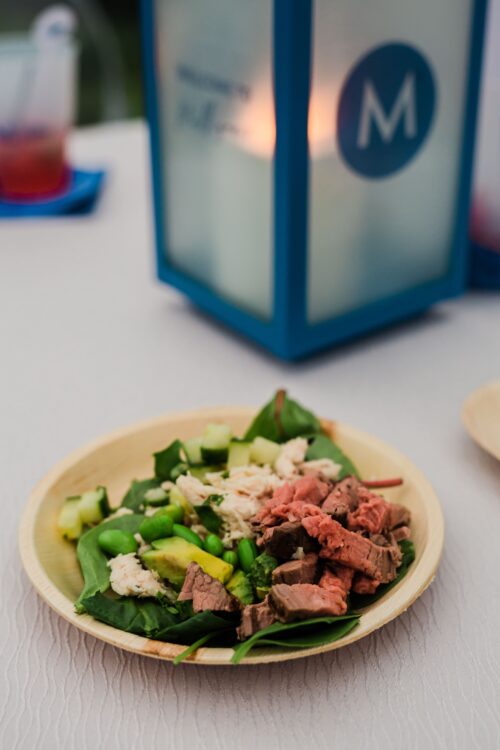 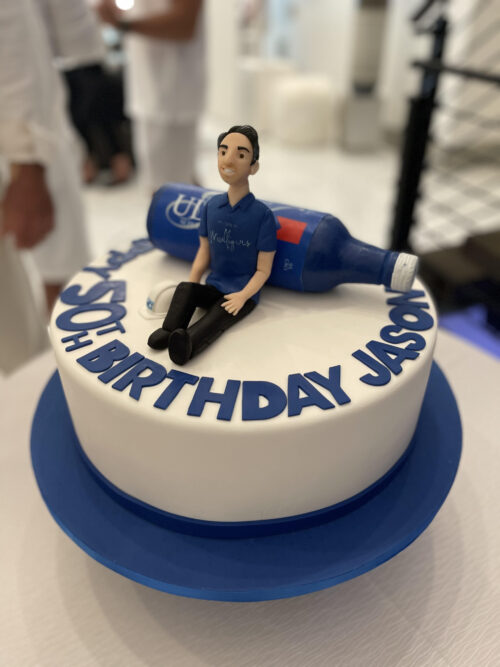 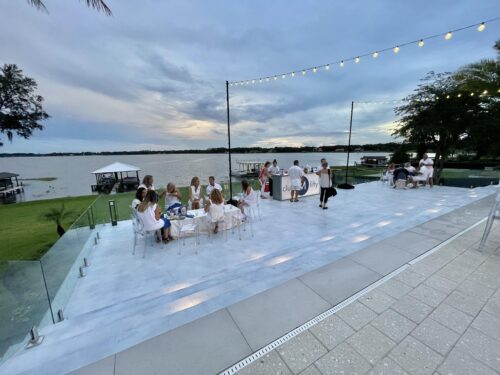 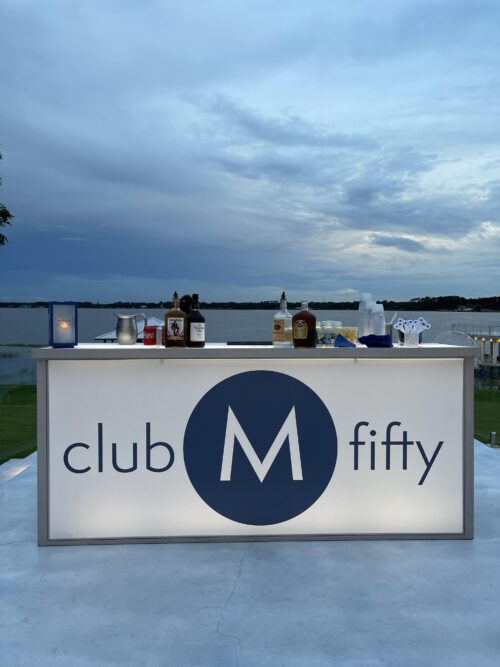 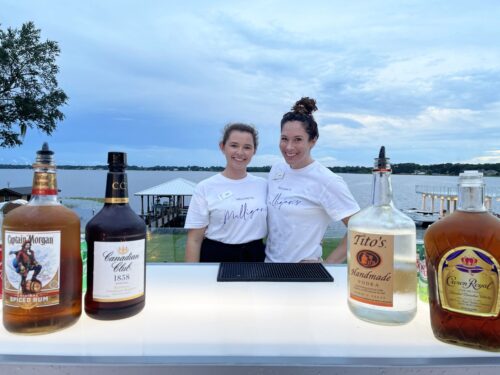 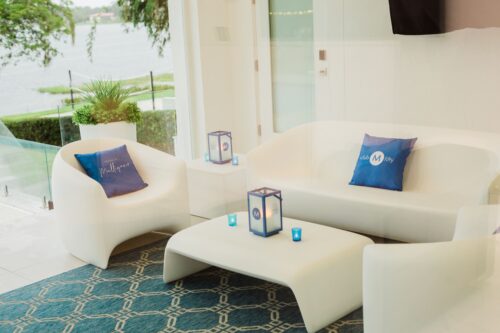 Our team had the pleasure of working alongside the talented, Party Perfect, to create an unforgettable experience for Jason’s 50th birthday during Independence Day weekend. The theme was “Club M50”, a night out in Miami! All the guests showed up in white and the event was accented by a deep royal blue, which was perfect for Fourth of July!

Jason’s guests were greeted by our team members who were wearing personalized Club M50 shirts. Each guest was handed a specialty red, white, and blue cocktail. Made with Titos, blue curacao, and cherry juice, topped with sprite and garnished with a cherry, these festive and delicious cocktails got the party started!

Next up was the passed hors d’oeuvres. The biggest hit was by far the Burgers and Beer – always a total crowd pleaser! For some lighter options, we passed a fresh and summery Watermelon Feta, and Arugula Salad served in a martini glass along with yummy Smoked Salmon Cones with Créme Fraiche and Dill.

After the hors d' oeuvres were devoured, the actions stations were open! The two stations Jason chose were the the Hokee Poke Station and The Steakhouse Martini Station. They were both elegant yet casual options that fit the atmosphere perfectly! At the Hokee Poke Station guests created their own Ahi Tuna or Korean BBQ bowl. At the Steakhouse Martini (an Arthur’s Favorite) guests filled their martini glass with Yukon Gold Mashed Potatoes with cheddar cheese, chopped bacon, a Cabernet Demi-Glace, and scallions and topped with a juicy Grilled Flank Steak!

Last on the menu, and certainly not least, was dessert. Dessert included a beautifully decorated cake by Robyn Loves Cake and mini ice cream cones with an array of different toppings like crushed peanut butter cups, Oreo’s, M&M’s, and sprinkles. We’re not sure which was more fun, the funny cake or dipping the mini ice cream cones! The festivities were closed out by an awesome firework show put on by the birthday boy himself. Our team truly enjoyed Club M50 and were honored to help Jason celebrate this amazing milestone!